In a small bowl mix together all the filling ingredients and stir until everything is well distributed. Done. You can do this part ahead of time so you can just fold up the dumplings when you are ready to eat.

Whenever you are ready, grab your dumpling wrappers and fill a small bowl with a little bit of water. Dip a finger in the water and moisten the edge of half a dumpling wrapper. Think of this like glue. Now place a little less than a tablespoon of filling in the middle. If you are new to folding dumplings make sure not to overfill them because that just makes shit unnecessarily hard. 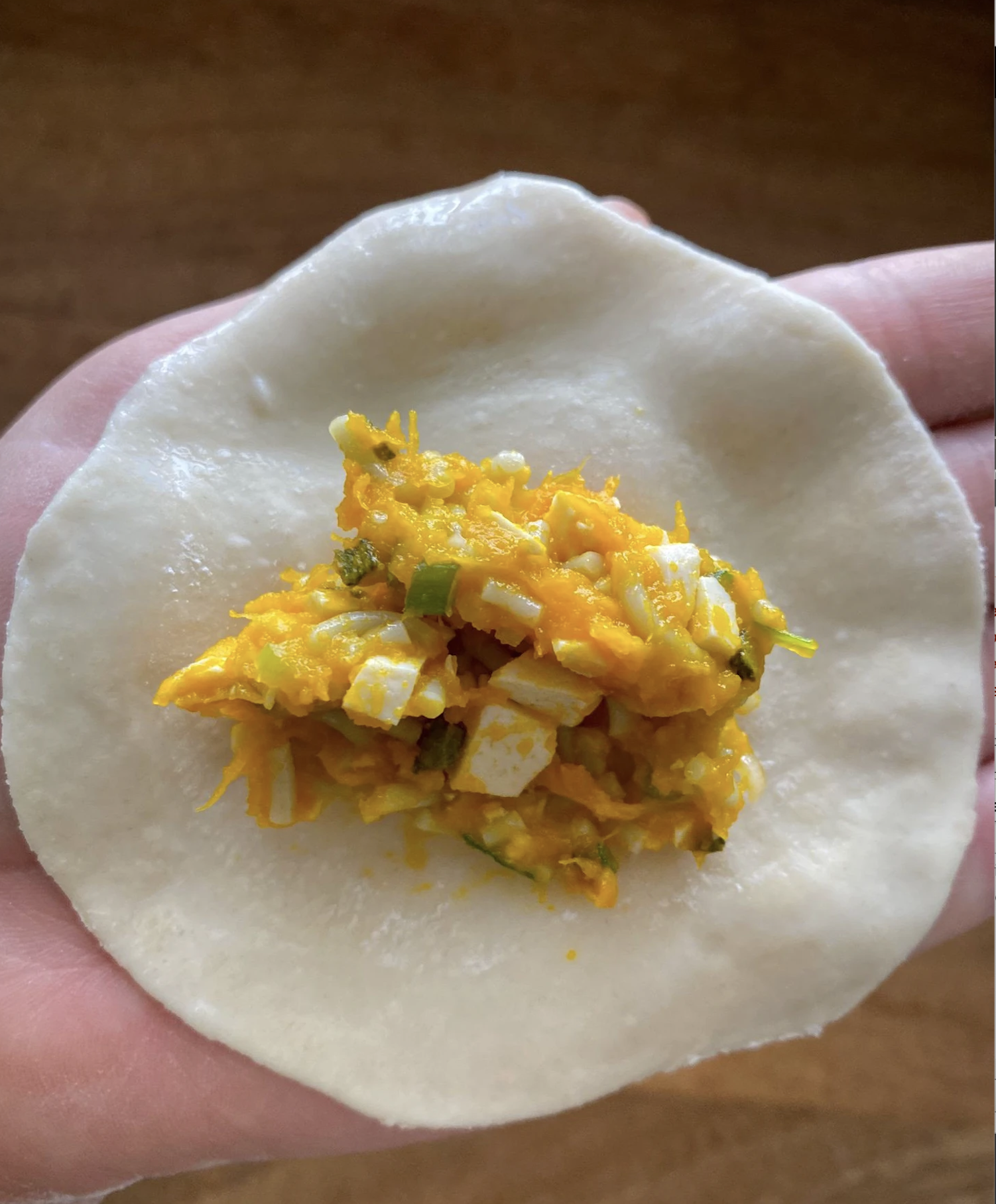 Now holding the wrapper in your hand, pinch the dumpling wrapper together at one of the bottom corners like you were gonna just fold it into a half moon.  Whatever side feels more natural is totally fine. Take the side of the wrapper facing away from you, and pleat it towards the corner you’ve already sealed. Basically, make a little fold in the wrapper and then seal it along the top of the dumpling. Continue pleating in that direction. When you’ve reached the other end, seal the dumpling making sure there aren’t any holes. The more dumplings you make the better your pleats will start looking but at the end of the day the only thing that really matters is that these fuckers are sealed. So, forgive the ugly dumplings and keep grinding until you’re out of filling or wrappers.

Now you can freeze them or fry ’em right up.

To cook: Heat up a little oil over a high heat then add the dumplings in an even layer without being too crowded. Once the bottoms are nice and golden brown, pour a thin layer of water into the pan, cover, and reduce the heat to medium-low.

Let those delicious motherfuckers steam in there until the water has largely evaporated and then it’s time to take off the lid and refry. Turn the heat up under the pan to medium-high and fry them up on all sides for a few more minutes, until they look golden brown and crispy on at least two sides.

Serve warm with your fav dipping sauce or the classic listed above. 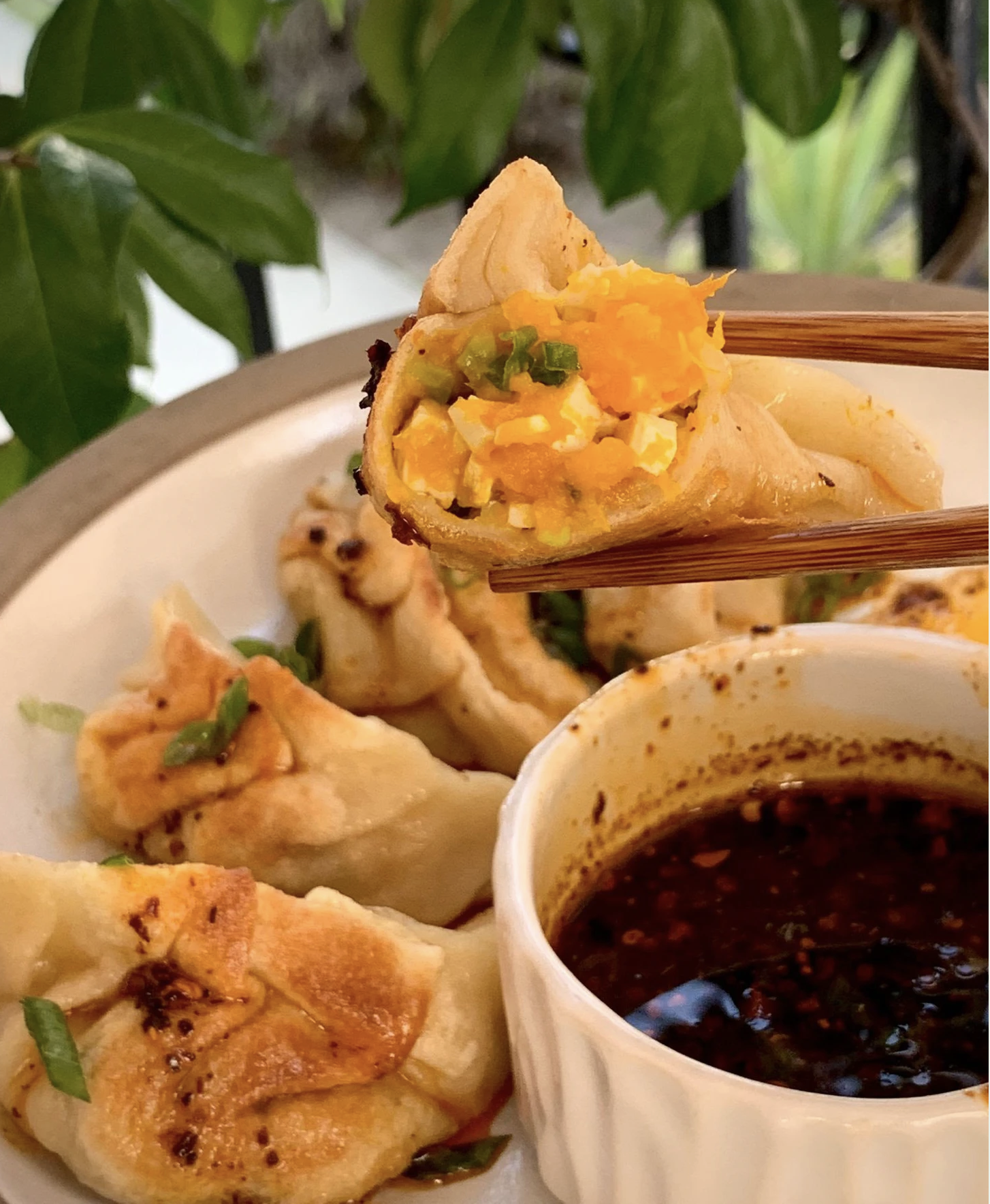 To freeze: Right after they’re assembled, lay the dumplings on a tray or large plate, dusted with flour or lined with parchment paper, in a single layer without them all touching. Throw them in the freezer. Once they’re completely frozen, dump them off the plate and into an airtight container or bag and store them until you get struck with dumpling desire. To reheat, just cook them exactly like you would if they were freshly made. DO NOT DEFROST THEM. And now you have a homemade meal or snack in your freezer for anytime you barely have the will to cook. Future you will be grateful.

Other recipes related to...

SOUP IS JUST A BELLY SWEATER.

It’s cold as a motherfucker outside with no end in sight. So why not warm up with a big bowl of this liquid sunshine and start thawing from the inside out?